In May 2017, the Narendra Modi government completed 3 years in power, Indian stock markets have been largely on an upwards march, with benchmark indices Sensex and Nifty currently hovering around record highs.

As the Modi government enters the 4th year, the overall economy is in a much better form. In the up-and-coming markets, India is at a macro sweet place. Indian GDP growth in 2017-18 is estimated to grow to 7.4 percent and is likely to be the highest among large economies in the world.

Almost 1 out of two stocks from BSE500 index has turned out to be a multi-bagger in past three years after Narendra Modi led NDA won the Lok Sabha elections on May 16, 2014. 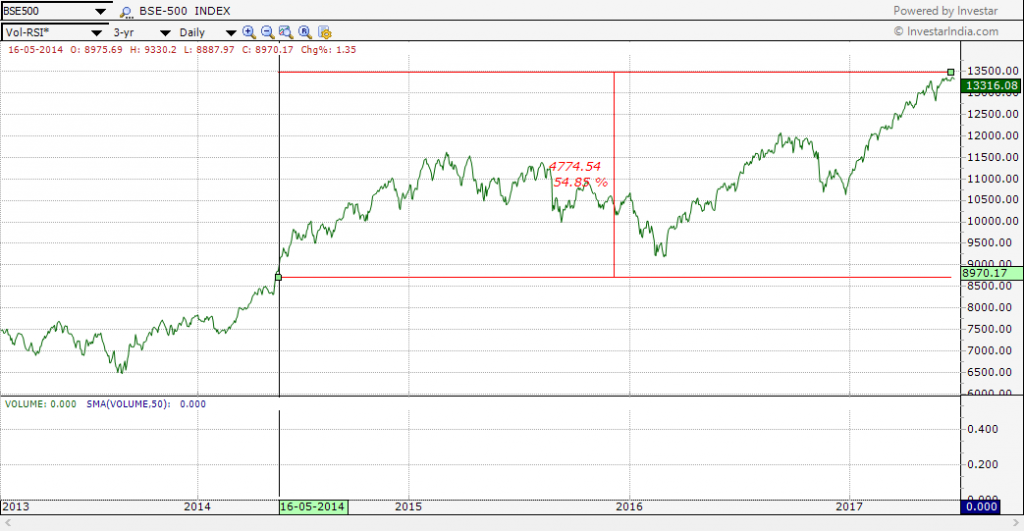 The rally in the Nifty started out in the 1st week of March 2014, well before the elections, and actually peaked out in March 2015 after Arun Jaitley introduced his maiden budget. This was also correctly predicted by our facebook post. The Nifty did manage to get to a bottom on Budget day 2016 and indicated a secular rally afterward, except for a slight hiccup in the form of the liquidity uncertainties produced by demonetization. The positive slope of the trend line below as presented by the equation clearly shows that the future trend continues to remain positive. 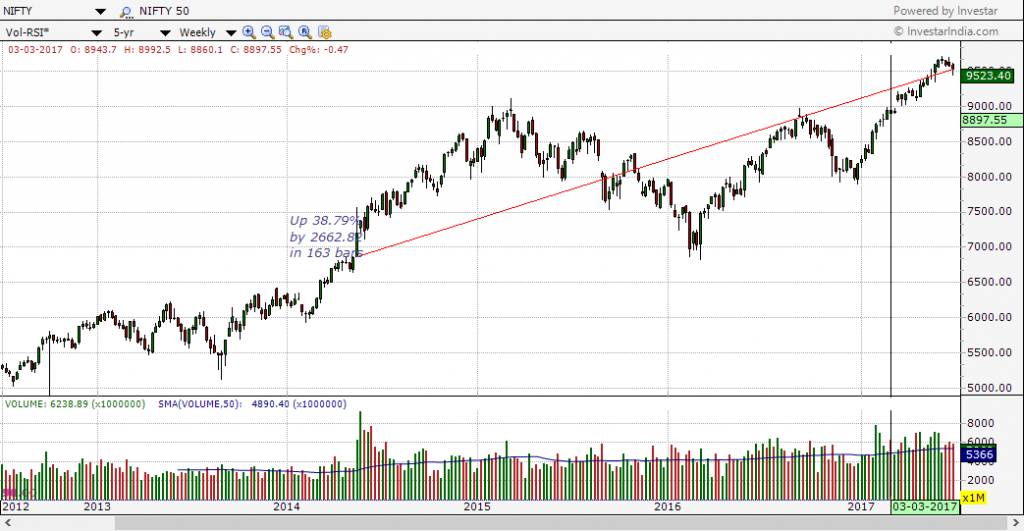 Financial sector and industrial conglomerates HDFC, ICICI, L&T, Godrej, Mahindras, Hinduja and ITCBSE have also gained big with a quick jump in their market valuations during this period, which is being termed by some market experts as the ‘Modi Rally’.

Smallcap stocks turned out to be the real beneficiary of the Modi wave which swept across the nation back in the year 2014.

Among the Nifty stocks, 8KMILES stock rose 1293% in these three years. 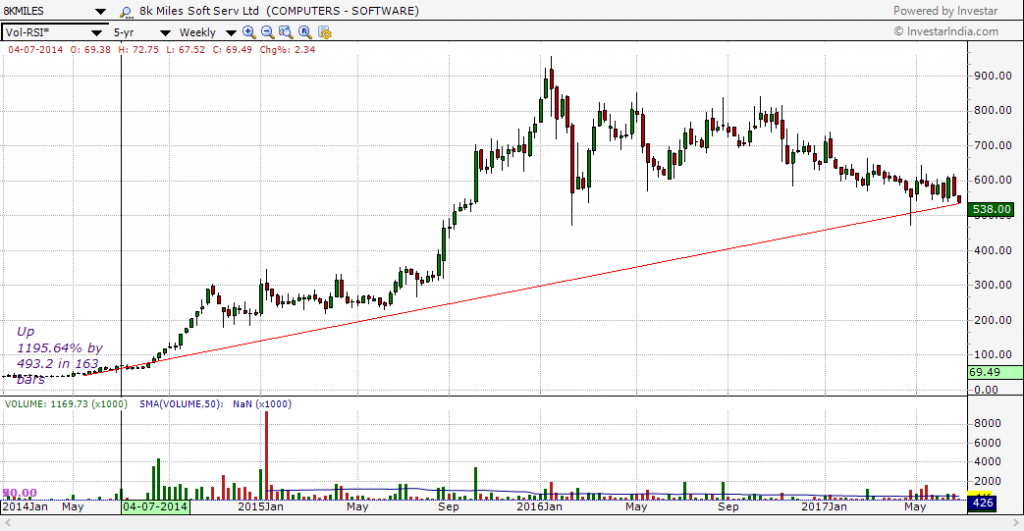 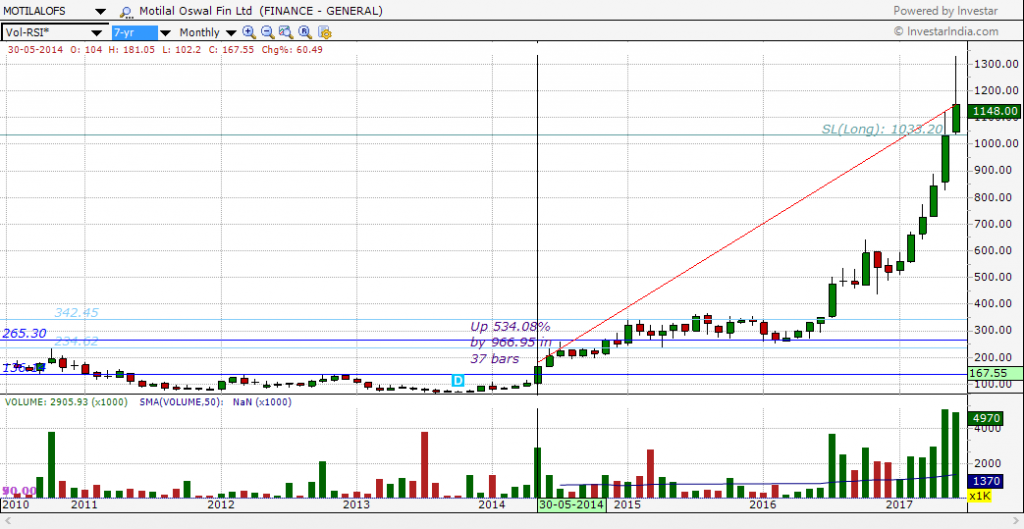 As you can see in the chart above, we have used the Auto-SR feature of Investar to plot the support/resistance levels automatically. If you had used the volume breakout concept in the month of March 2014, you would have been able to get into MOTILALOFS and ride the uptrend and get the full 500%+ gain. Not sure how to identify volume breakouts? Check out this video for “How to identify Volume Breakouts”. See “Auto-Support/Resistance: Tips and Tricks ” on best practices for Auto-SR.

The Indian stock markets have soared to new highs in the three years since the current Government assumed office. The government have been quite vocal about increasing farm output and double the income of farmers. Therefore, stocks focused on agri and/or rural consumption could be the next multibaggers.