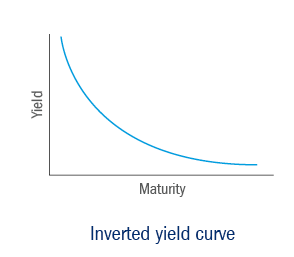 What does an inverted yield curve really indicate?

When the yield curve is inverted, it indicates a cautious sentiment among investors that there is greater risk to the economy in the short run, which may lead into the central banks to eventually lowering interest rates to combat recession. In some cases, an inversion can be a helpful signal that a recession is on its way.

An inverted yield curve indicates the unusual drop of yields on longer-term debt below the yields on short-term debt of the same credit-quality. Sometimes referred to as a negative yield curve, the inverted curve has proven in the past to be a relatively reliable lead indicator of a recession.

How the market reacts to the current scenario?

In the month of March, the yield-curve in the US inverted. Normally, interest rates increase as maturity periods of the US Treasury bonds lengthens. However, if short-term rates rise above long-term rates, then it indicates the curve has inverted and can signal a future recession. To such a scenario, the market doesn’t wait and often prices in a recession even before it actually occurs, so we see that the stock market and the economy don’t track each other in perfect synchronisation. It is observed that the stock market often factors in recession as a leading indicator. Just the news of a possibility of higher economic recession acts as a dampener and it leads into sectorial indices falling considerably in recent months, as the Fed raises rates to tame inflation. No doubt the investors are not too keen to take a flier in such tampered sentiments.

Two other metrices have historically been important for yield curve inversion. First is the 3-month yield relative to the 10-year yield. Secondly, the depth of inverted curve matters too.

This time around, so far, the inversion has been pretty shallow. That may be considered a positive sign to count on.