2015 was an eventful year for Investar and we at Investarindia.com achieved several milestones in 2015.

In Jan 2015, our Founder & CEO, Himanshu Patil, gave a one day workshop on Basics of Technical Analysis at IIM Indore.

In March 2015, we launched an all new “Investar 5.0” with lots of new features . A week after that, we launched a Beta version with support for Auto-Support/Resistance, which allowed users to plot support/resistance automatically on the chart and rate the levels based on strength of different levels.

We participated in FinBridgeExpo on 14-15 March 2015, where our Founder & CEO, Himanshu Patil, gave a well-attended talk on “How to identify Volume Breakouts“.

In April, 2015, we announced the support for F&O for Android and iPhone platforms, both smartphones and tablets.

In Nov, 2015, we released a new version 5.1 of Investar with lot of performance enhancements and other new features.

We look forward to keep on improving Investar every year so that it becomes the software of choice for every trader, whether long-term, short-term or intraday.

Have a Happy and Prosperous New Year 2016! 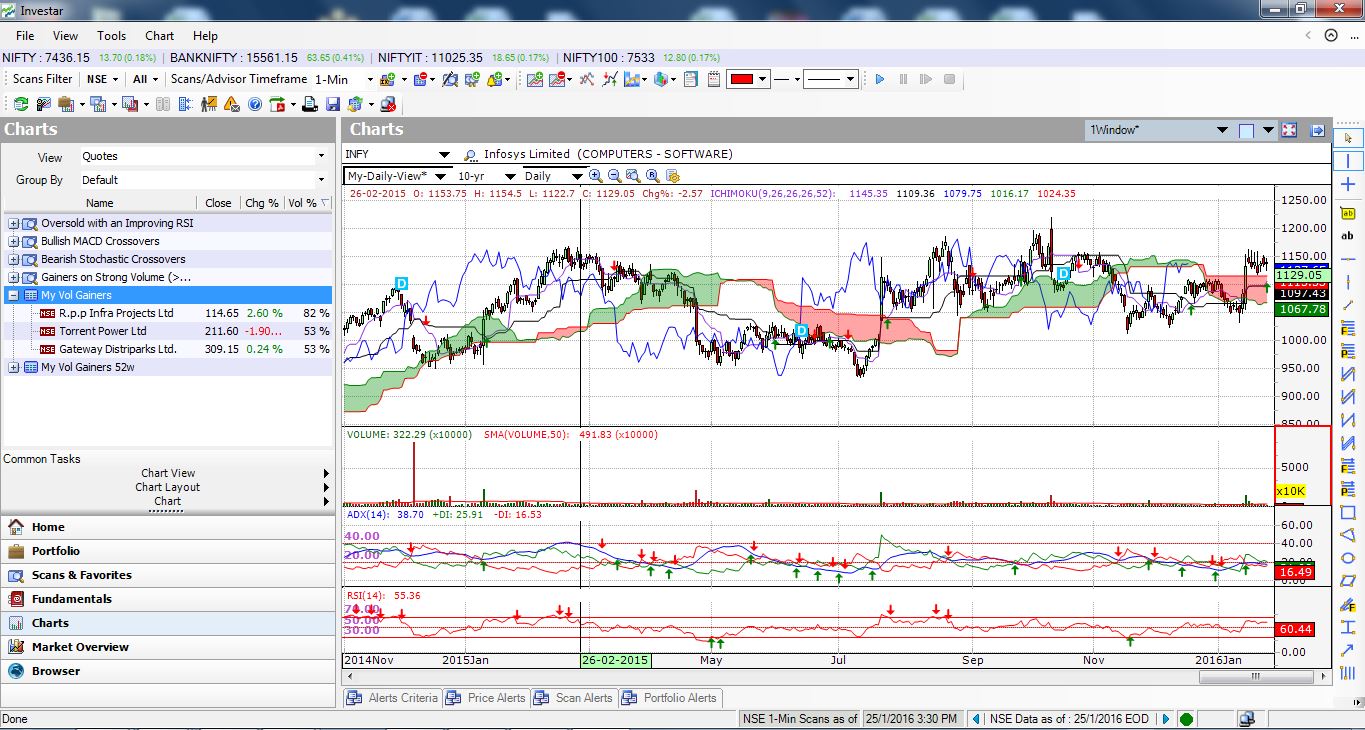