We are pleased to announce a new release of Investar Beta with enhanced Harmonic Pattern features like:

What are PR Zones?

PR Zones or Potential Reversal Zones as they are called, are areas created due to confluence of Fibonacci retracement levels of a Harmonic Pattern’s legs (e.g. XA, BC, AB=CD), where the chances of reversals are high. Hence, they can be used as a target or stop-loss.

PR Zones in Investar can be:

To specify the above, go to Tools-Options-Auto-Harmonic Patterns tab, and the following options can be set:

How to use PR Zones in your trading?

To understand how to use PR Zones, let’s look at an example chart of NIFTY as below. Here we can see that a bearish Butterfly Harmonic Pattern was formed on 20th Jan, 2020. The 3 red zones indicate the PR Zones where the potential reversal can happen and hence they can be used as a target. 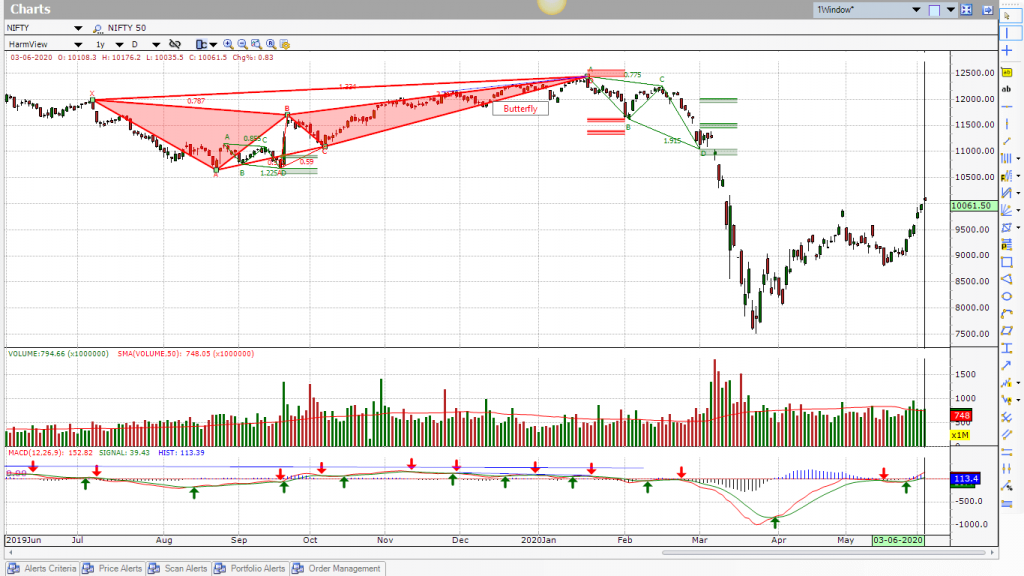 The green pattern that happened later on is an example where the D point reversal did not take place and our stop loss got hit.

Hence PR zones are a very useful tool for a Harmonic trader to decide what target and stop-loss to set.

At times you want to be ready to take a Harmonic trade as soon as the D Point is complete. This new feature enables you to see at what point in the future the D Point is going to complete so that you can be prepared to take the trade accordingly. In the following INFY chart, you can see the D point on the Shark pattern near the current candle but not on it. This is indicating the potential value of the D point at which it will complete, in case a trader wants to be ready to take the trade as soon as it completes (i.e. you go short when the current price reaches the value indicated by the D point of the incomplete Harmonic Pattern). 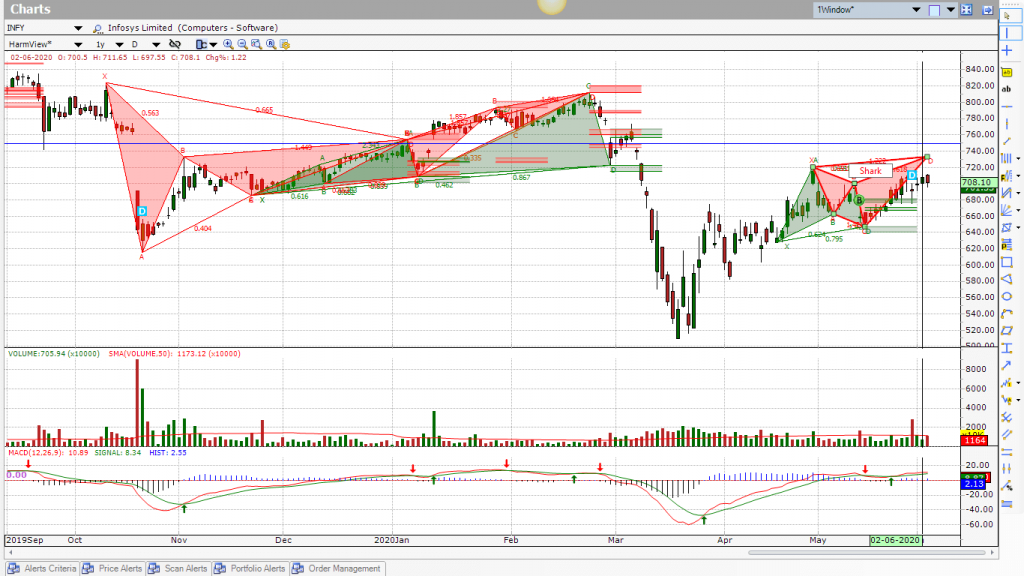 We have also added a few new Harmonic Patterns like:

Apart from the new pattern scans, now you can create a scan for any Bullish (or Bearish) Harmonic Pattern as shown in the screenshot below: 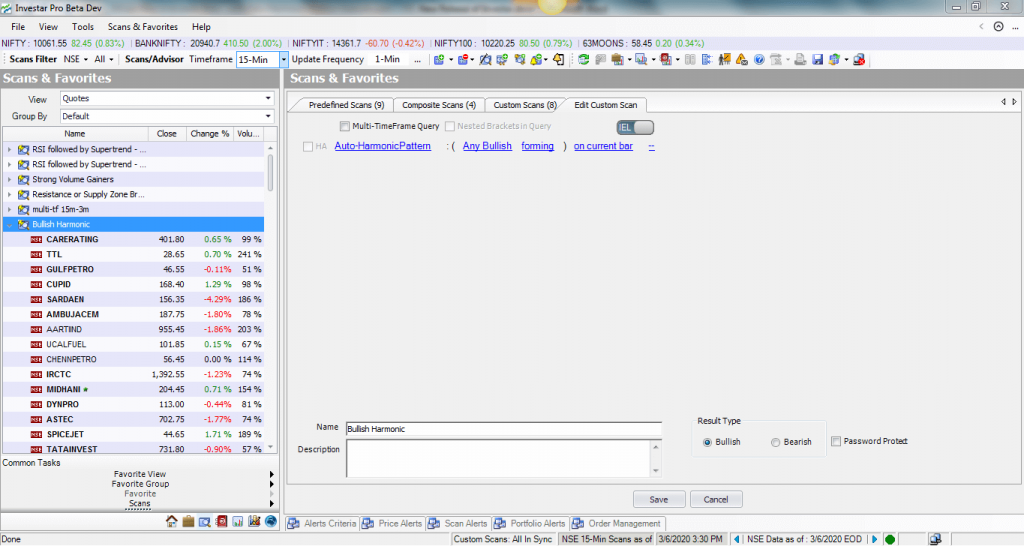 We hope you can enjoy the new Harmonic Pattern features as much as we enjoyed developing them.

If you’d like to see the above features in action, you can see the “Enhanced Harmonic Patterns” video.