We will be making one last Beta release tomorrow before releasing the Auto-Support/Resistance feature as an addon. We thank all our Beta users for the feedback given so far. If you have not given feedback yet, it is still not late to provide it. You can do so from our support section. We will choose 3 users who gave the best  feedback for Auto-SR during the Beta and add the Auto-SR addon free to the remaining part of their subscriptions.

The Auto-Support/Resistance (Auto-SR) addon (to be released next week) will add the following features to Investar:

Here is a screenshot of Investar Beta showing Auto-SR in action. Have you used it yet? If not, you can download it here before the Beta ends. 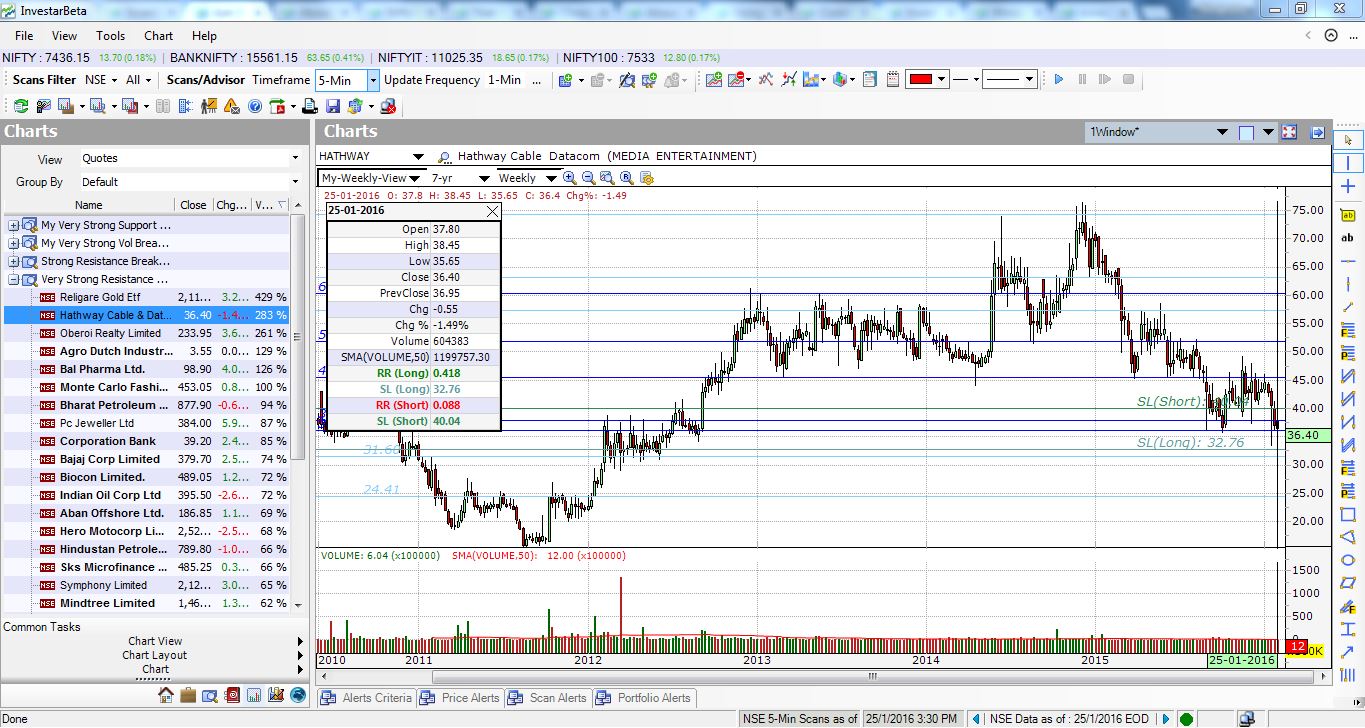