Ascending and Descending Triangle Chart Patterns are an important tool in any Technical Analyst’s arsenal. They are generally continuation patterns that happen during a prior existing trend. 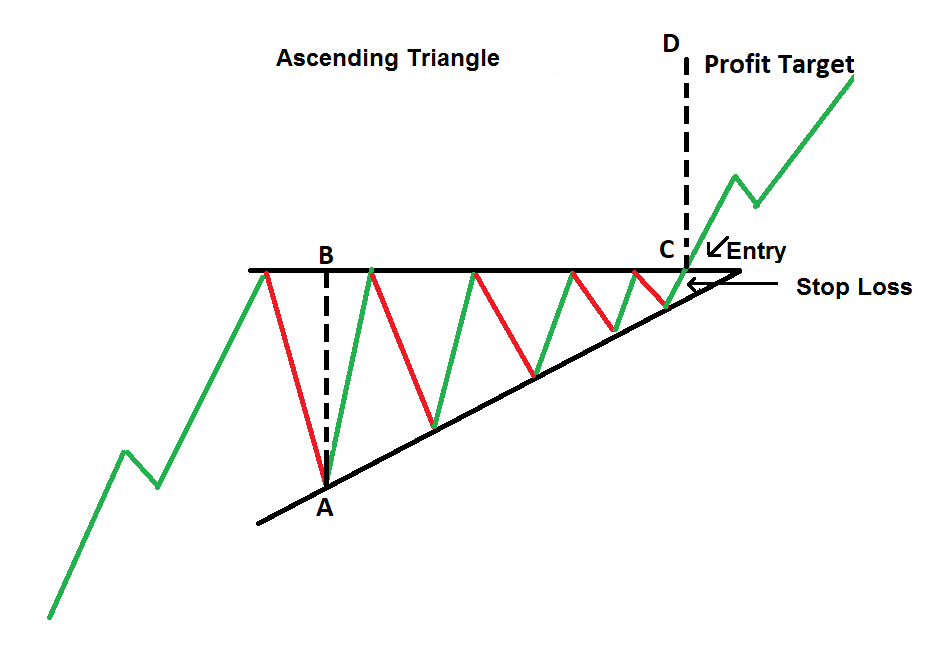 An ascending triangle gives a clear entry point, profit target and stop-loss.
A trader enters the trade on the long side, if the horizontal line is broken out on the upside. The stop-loss in this case would be the lower trendline. The target would be the widest part of the triangle.

Like any support/resistance or trendline breakout/breakdown, volume plays a very important part in confirming the strength of an ascending triangle breakout/breakdown. The volume should be low and below average as the ascending triangle is nearing completion and when the breakout or breakdown happens, the volume should be high, indicating that big money is participating in the move.

An ascending triangle can be high reward to risk trade as the stop-loss is small (because of the narrow width of the triangle at the time of completion), but it is also prone to false breakouts, hence one can minimize the chances of a false breakout by following rules similar to the ones applicable on trendline and support/resistance breakouts: 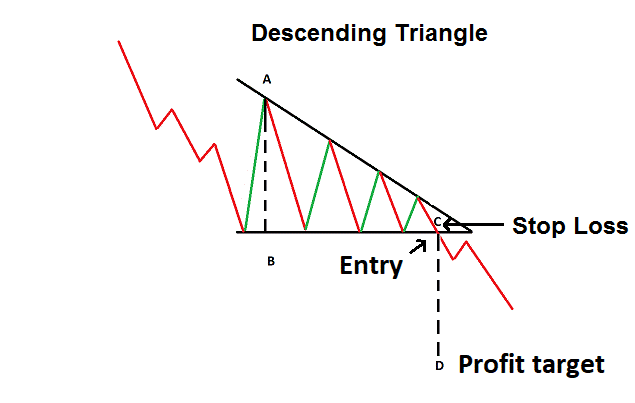 A trader usually enters the trade on the short side, if the horizontal support line is broken down on the downside. The stop-loss in this case would be the upper down trendline. The target would be the widest part of the triangle.

If a breakout happens on the upside of the descending trendline, a long entry can be taken and a stop-loss can be put below the horizontal support line. Again the target would be the widest part of the ascending triangle.

An ascending triangle generally happens in an uptrend and is a bullish pattern usually traded on the upside while a descending triangle generally happens in a downtrend and is a bearish pattern usually traded on the downside. Both patterns can however be used as reversal patterns, however the use of that is rare.

Although ascending triangles are not directly displayed in Investar software, you can indirectly get them by enabling the Auto-Support/Resistance and Auto-Trendline features. Strong patterns would be formed when the resistance/support line is dark blue and the trendline is blue in color. One can also look for volume to be below the average 50-bar SMA of volume before the pattern forms and then atleast 2x the 50-bar SMA of volume after it is formed.