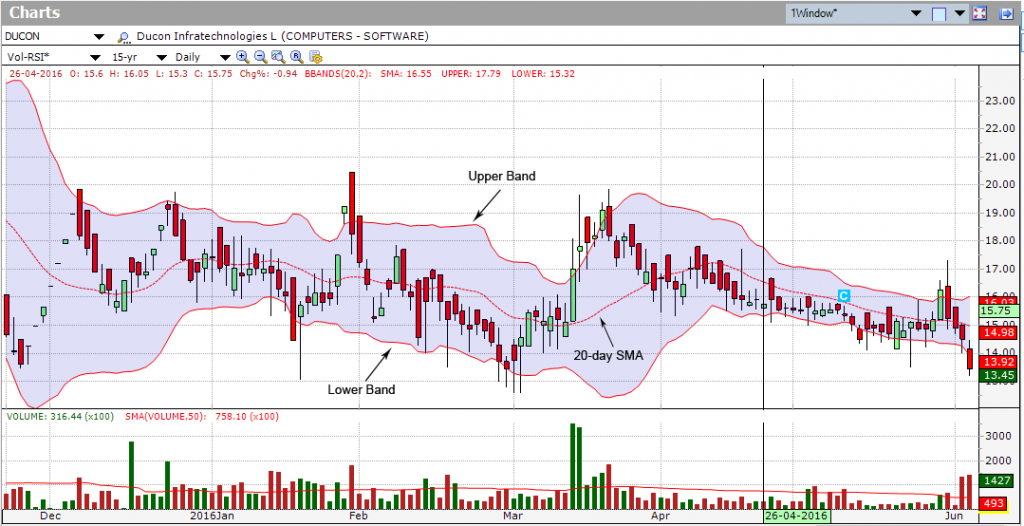 How to use Bollinger Bands

Bollinger Bands basically tells us whether the market will become volatile (expansion) or will be bound into a tight trading pattern (contraction). 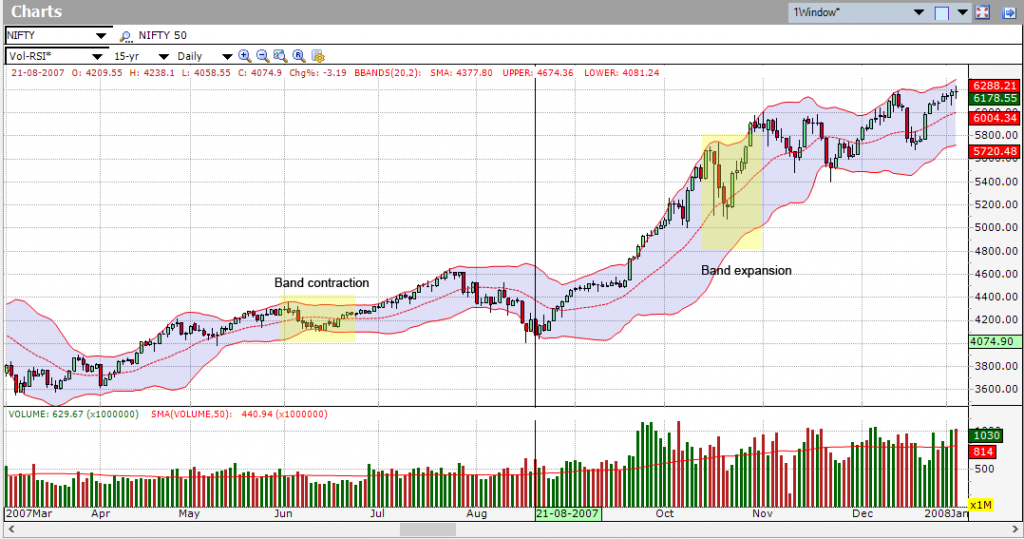 A Bollinger Band “squeeze” occurs when volatility falls to a relative low. This squeeze is often followed by periods of high volatility, and may bring about a noteworthy move by the stock to the upside or the downside. 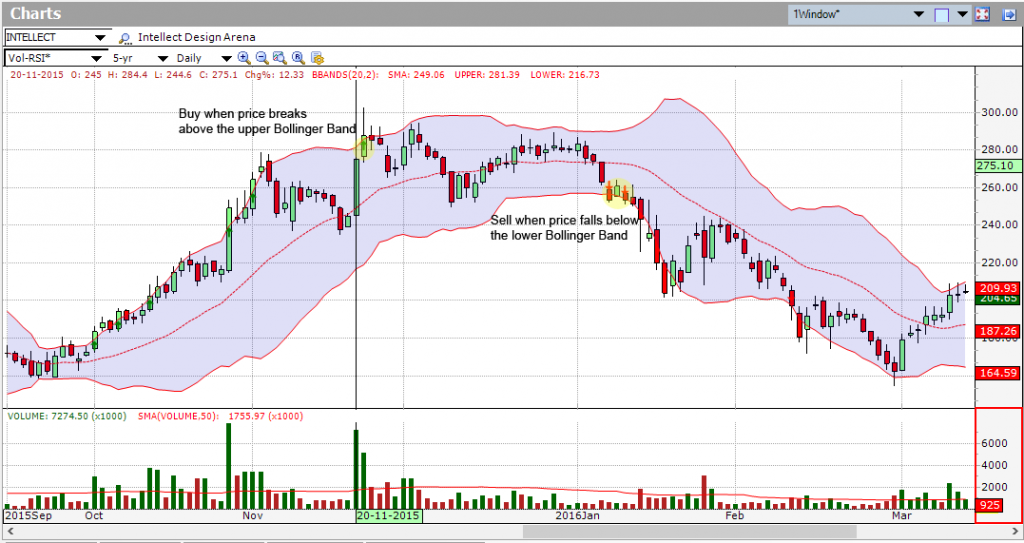