Moving average convergence/divergence or MACD in short is one of the most reliable trading indicator used in technical analysis, created by Gerald Appel in the late 1970s. The MACD indicator demonstrates the duration of a trend, strength, direction, and momentum of the price changes which helps in foreseeing a perfect entry/exit point for a trade.

MACD indicator (or “oscillator”) shows the relationship between two moving averages (MA) of prices. The MACD is the difference of a short period (Fast) exponential moving average (EMA), and a longer period (slow) EMA of the price series. (e.g. EMA(12) and EMA(26) ). 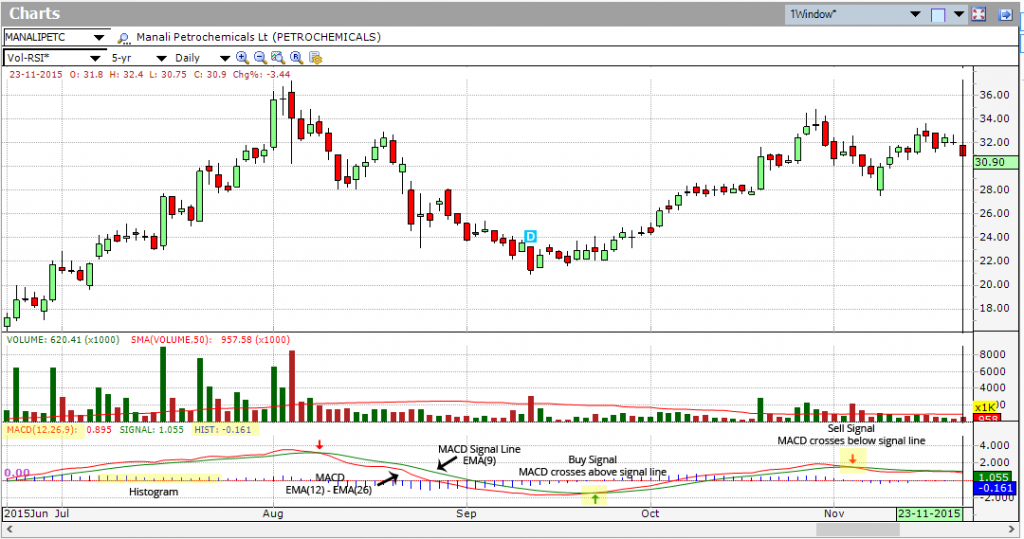 The MACD indicator is calculated as follows: 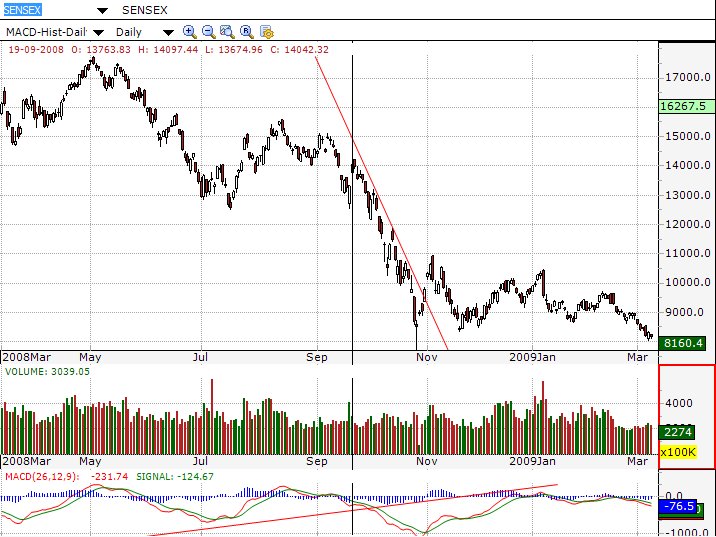 At the point when price goes down and frames lower highs or lower lows, yet in the meantime MACD bars go up and form higher highs or higher lows. Convergence can be easily seen at the end of downtrends. Both MACD convergence and MACD divergence ought to be nearly looked as they are the most punctual indications of a conceivable change in trend and henceforth give great entry/exit signals.

How to use MACD to detect a trend change

In the above figure, KWALITY, the EMA 12 crossed above the EMA 26 while the histogram disappeared. This indicates that the trend would eventually be changed. After that from July 1, 2015 KWALITY began shooting up as it started a new uptrend.

Want to use MACD Indicator to trade better?