Investar offers a complete set of tools for technical analysis that can be added to the chart. Combine these tools with a range of indicators to perform your own technical analysis. This article is divided into 2 parts for convenience & ease of learning. This is the 1st part here we will see all the basic drawing tools use for Technical Analysis.

To learn how to apply them, we will see the detailed list below: 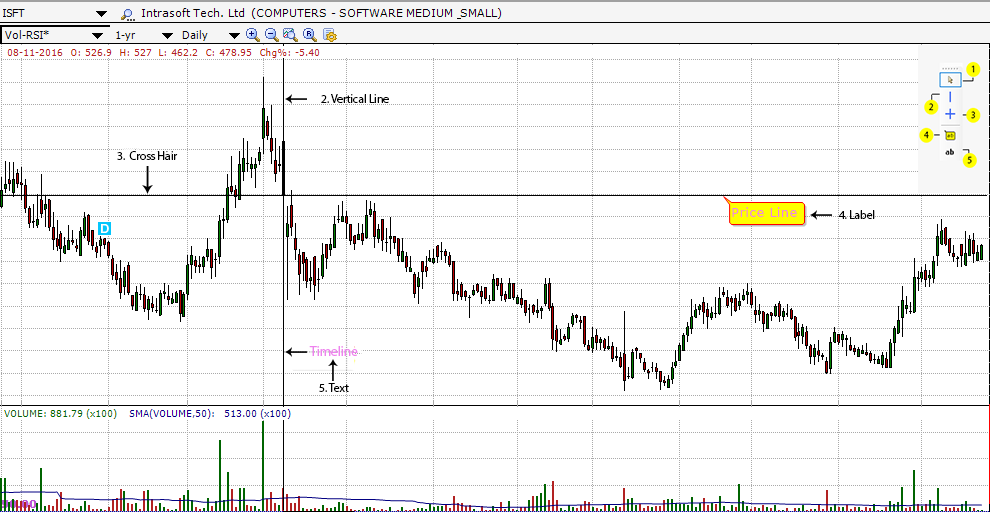 0.0% is considered to be the start of the retracement, while 100.0% is a complete reversal to the original part of the move. Once these levels are identified, horizontal lines are drawn and used to identify possible support and resistance levels. You can read more about Fibonacci Retracements here.

(2) Percentage retracements are a helpful tool for swing traders to determine how far the correction in a trend will move. Prices often retrace up to 33% of the original move. It is not uncommon for prices to retrace up to 50%. Retracements of more than 66% almost always signify an end to the bull market.

In the Drawing Toolbar, there are some non-analytical tools that are dedicated to highlighting parts of charts.